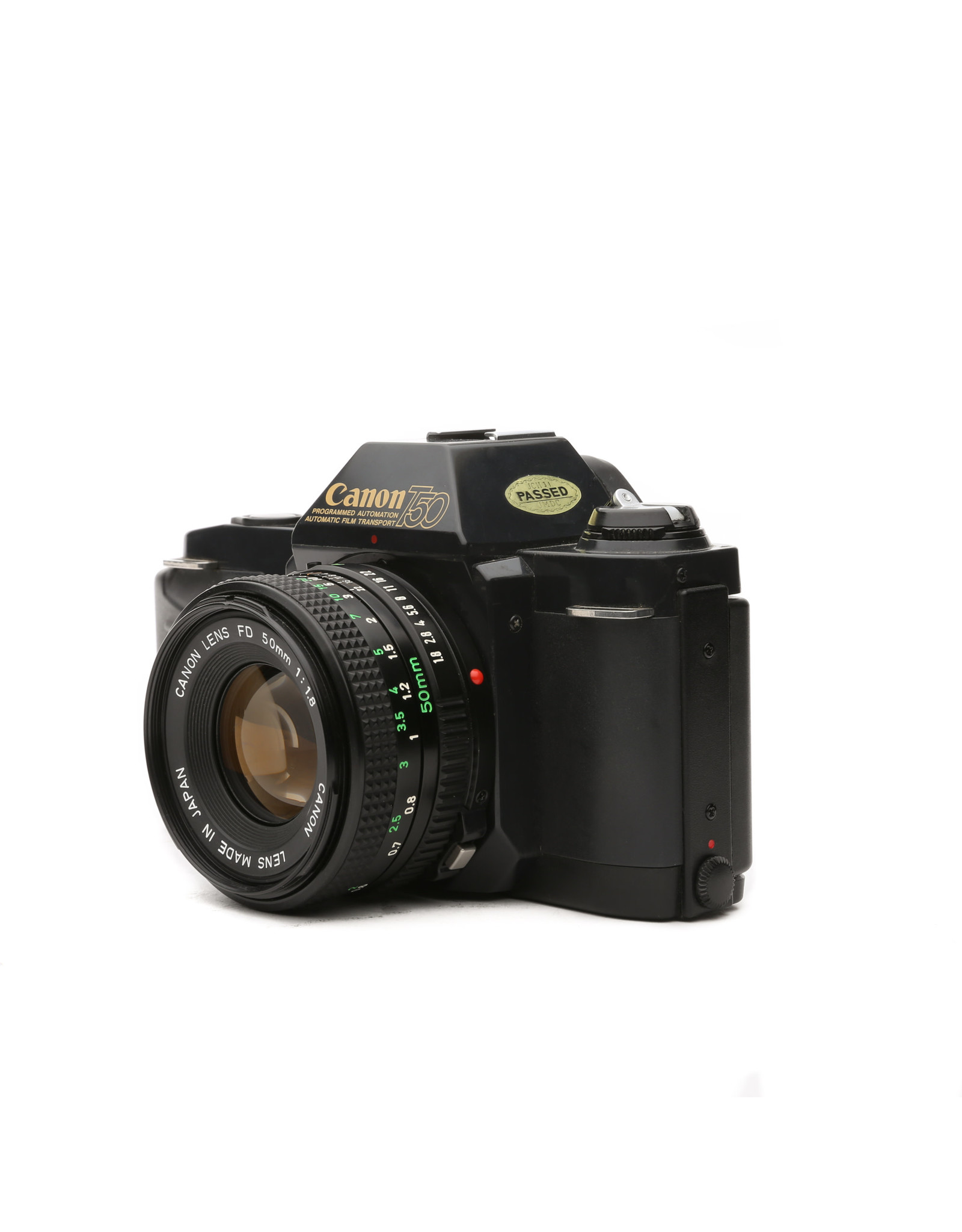 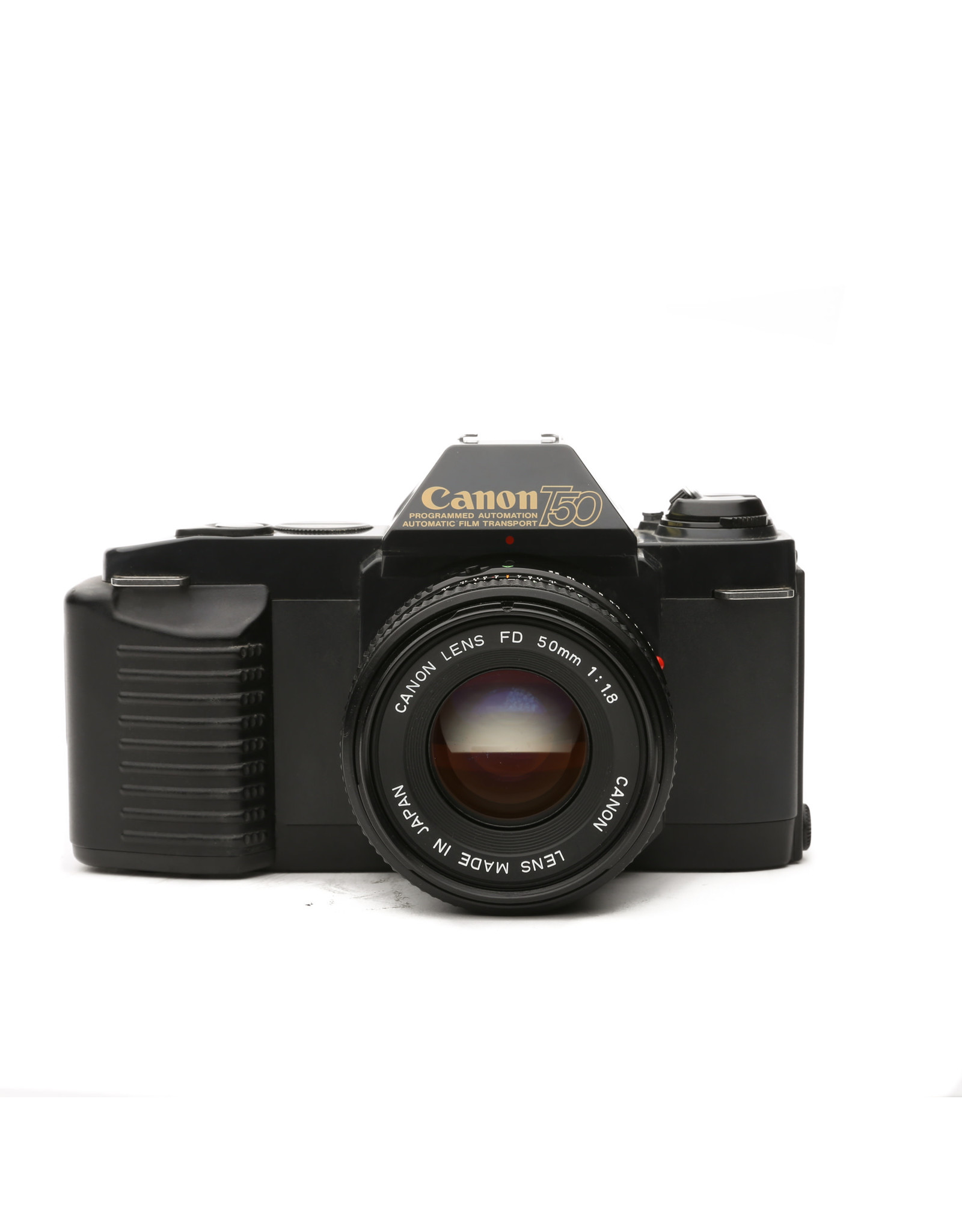 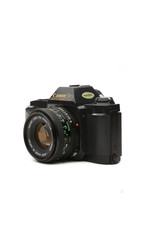 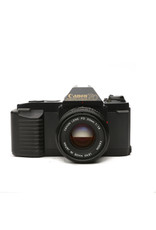 The Canon T50, introduced in March 1983 and discontinued in December 1989, was the first in Canon's new T series of 35mm single-lens reflex cameras compatible with Canon's FD lens mount. SLR sales were falling in 1983 from the market's 1981 peak, and Canon chose to try greater automation to revive sales and remain competitive.

The T50 used a new shutter design. Canon's previous A series cameras used a horizontally traveling cloth shutter, while the T50 (and subsequent T series models) used a vertically traveling metal blade shutter which allowed for faster shutter speeds and higher flash X-sync speeds. Only a modest increase was seen in the T50; more would be available in subsequent cameras.

Only Program AE (Auto Exposure) mode was available on the T50, in line with its role as a simple beginner's camera. A couple of years earlier, Konica had tried a similar approach with their FP-1.