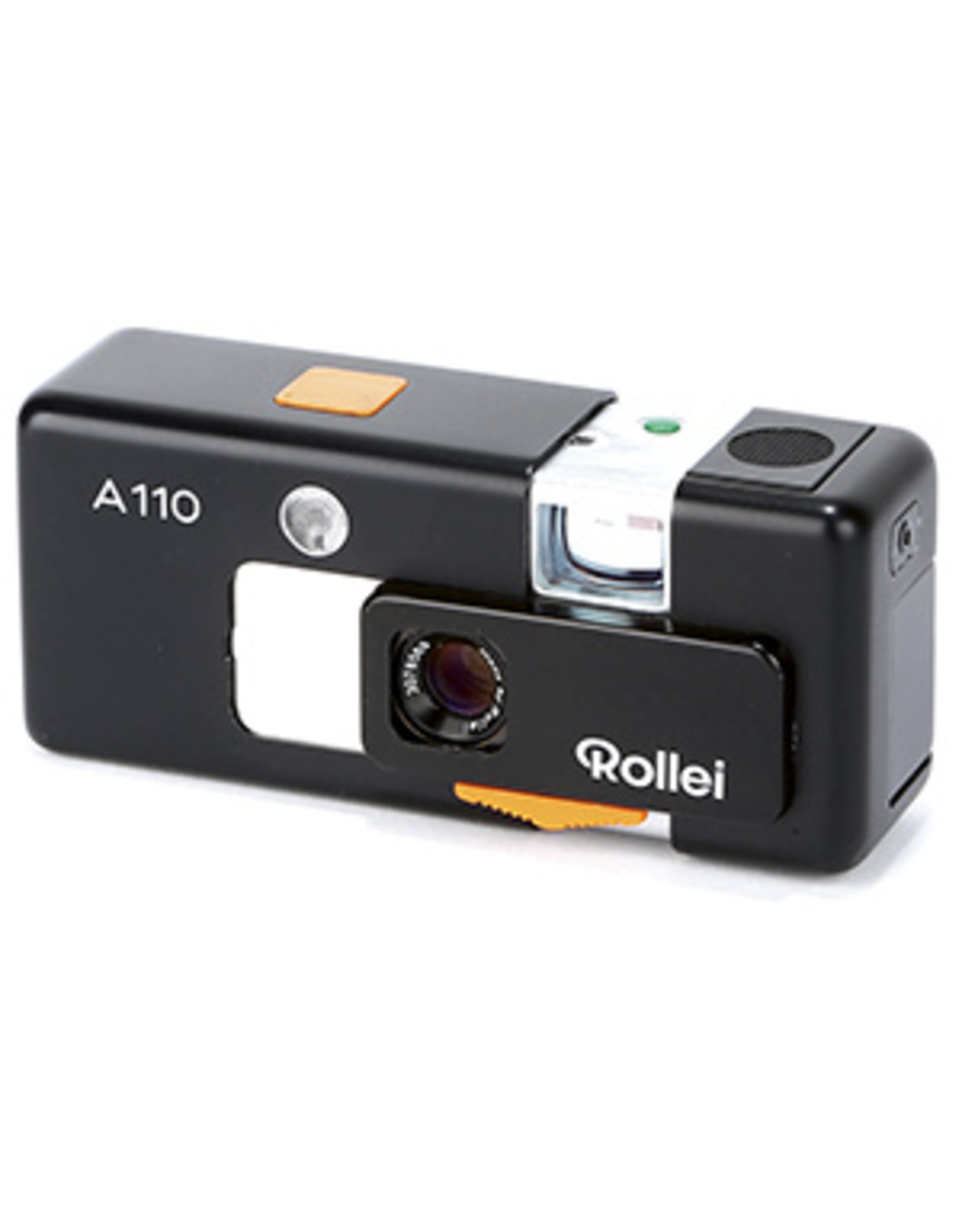 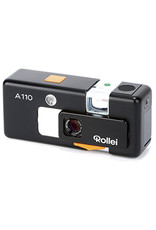 The Rollei A110 is a vintage camera that first came on the market in the 1970s and was available until the early 1980s. Early models were manufactured Germany and later versions were made in Singapore. The Rollei uses 110 film cartridges to keep its compact size. The entire camera is less than two inches tall. It is less than four inches long when closed and less than five inches long when open. This camera features a rugged metal body. It weighs less than seven ounces with the film and six-volt battery. The Rollei telescopes closed to protect viewfinder and the fixed Tessar lens when not in use. A silicone diode measures the lights and determines the settings for both the shutter and aperture openings. This gives the camera early self-adjusting flash technology for easy point and shoot use.