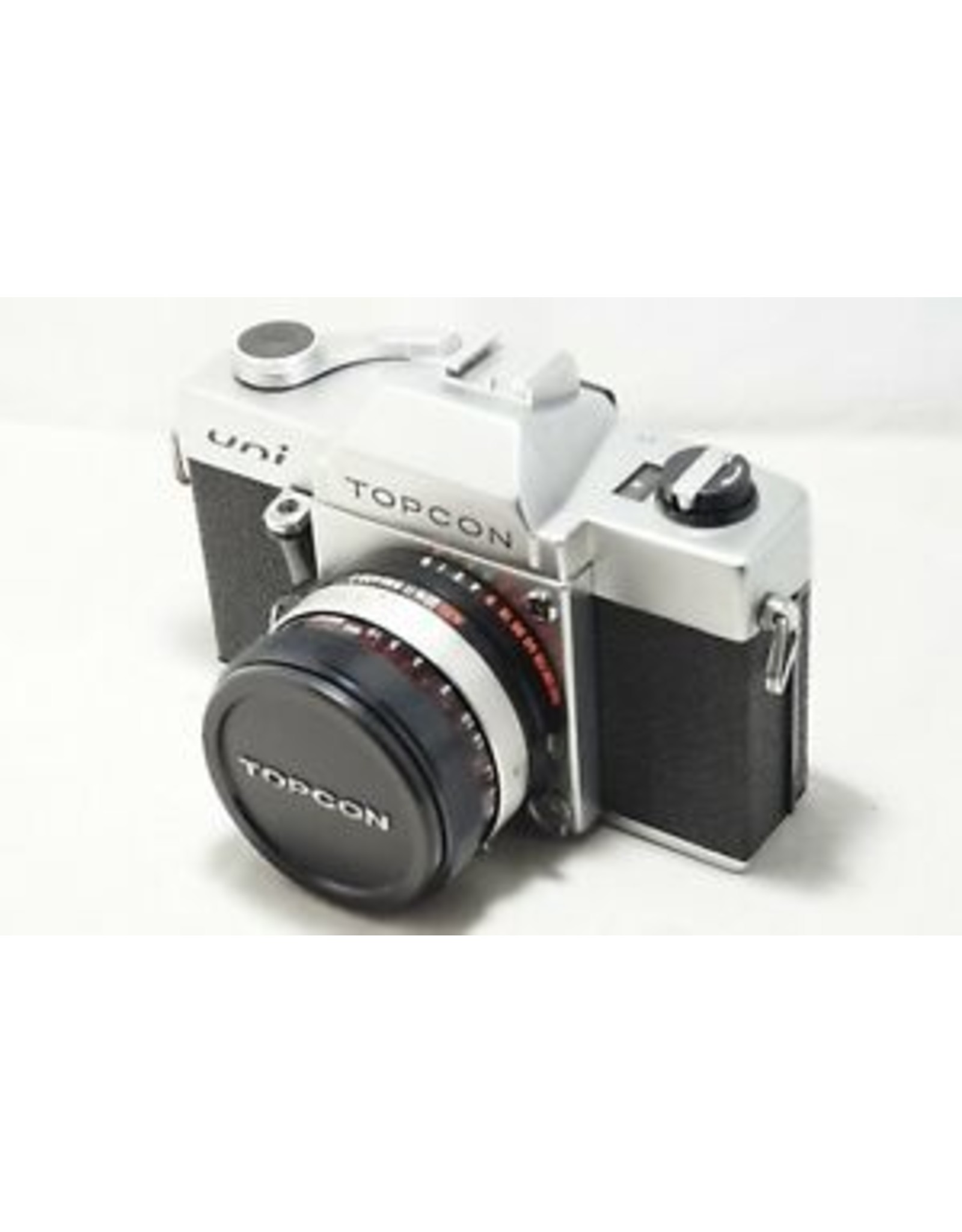 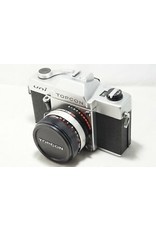 The Topcon Uni 35mm SLR from Tokyo Kogaku released in 1964. It was also sold by Beseler as the Beseler Topcon Auto 100 and Hanimex as the Hanimex Topcon RE Auto.

It's one of the first auto exposure SLR cameras with TTL metering. It is usually bundled with a 53mm f/2 6 element lens which is compatible with the UV lens mount.

It has a Seikosha made shutter with speeds from 1s to 1/500 with B. Flash sync is at 1/60 a sec. It features a needle based TTL center-weighted metering system using a CdS cell. The meter has a range of 5 to 18 EV at (ASA 100), settable to film speeds from 25 to 400 ASA. The shutter speeds in metered shutter priority mode can only use the red shutter indicators down to 1/8 of a sec. It uses a 1.35v mercury battery. The film transport uses a single stroke film advance lever and a rewind crank.