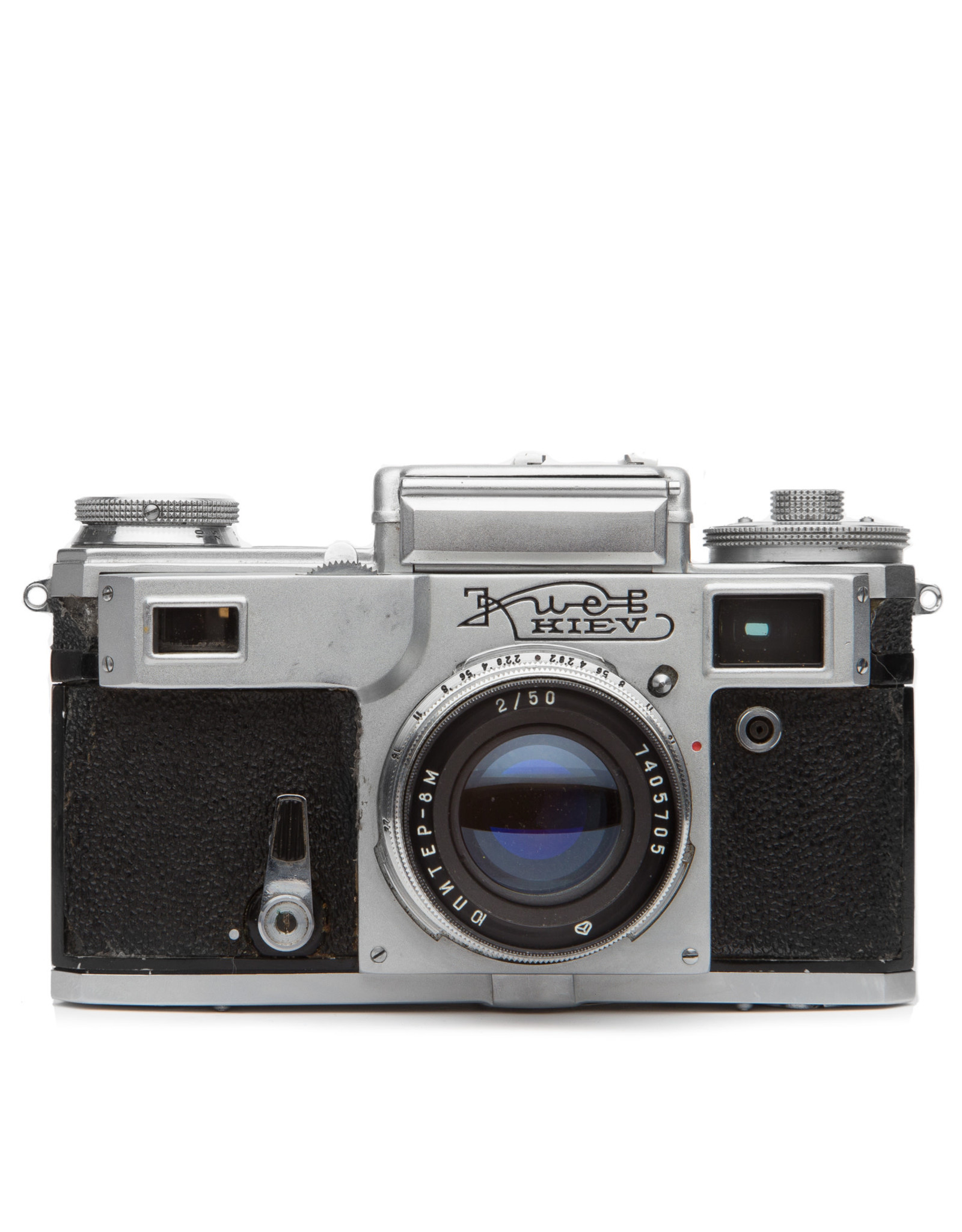 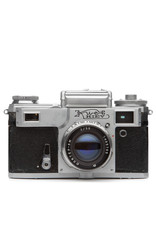 Photos are of actual camera for sale.

After the WWII had ended, the Soviet Union demanded new sets of Contax tools from the original toolmaker in Dresden and then ordered a fair number of trial cameras to be made with Zeiss trademarks and coated lenses from these 1946 in post-war East Germany. With this successful, everything together with German instructors were transferred to Kyiv. Missing specialists were in a few cases recruited in West Germany. Any still available parts went in the same direction. In fact, removing the front of some very early Kiev cameras, one could see that the metal was originally stamped with the Contax name, then pressed out and re-stamped as Kiev. By the early 1950 all the parts for Kiev cameras were produced in Ukraine.

The Kiev camera, like Zeiss Ikon Contax, is a full frame 35mm rangefinder camera with a long rangefinder base and combined rangefinder-viewfinder. It has a metal "window blind" shutter, which runs vertically. Shutter speeds range from 1/2s to 1/1250s + B.