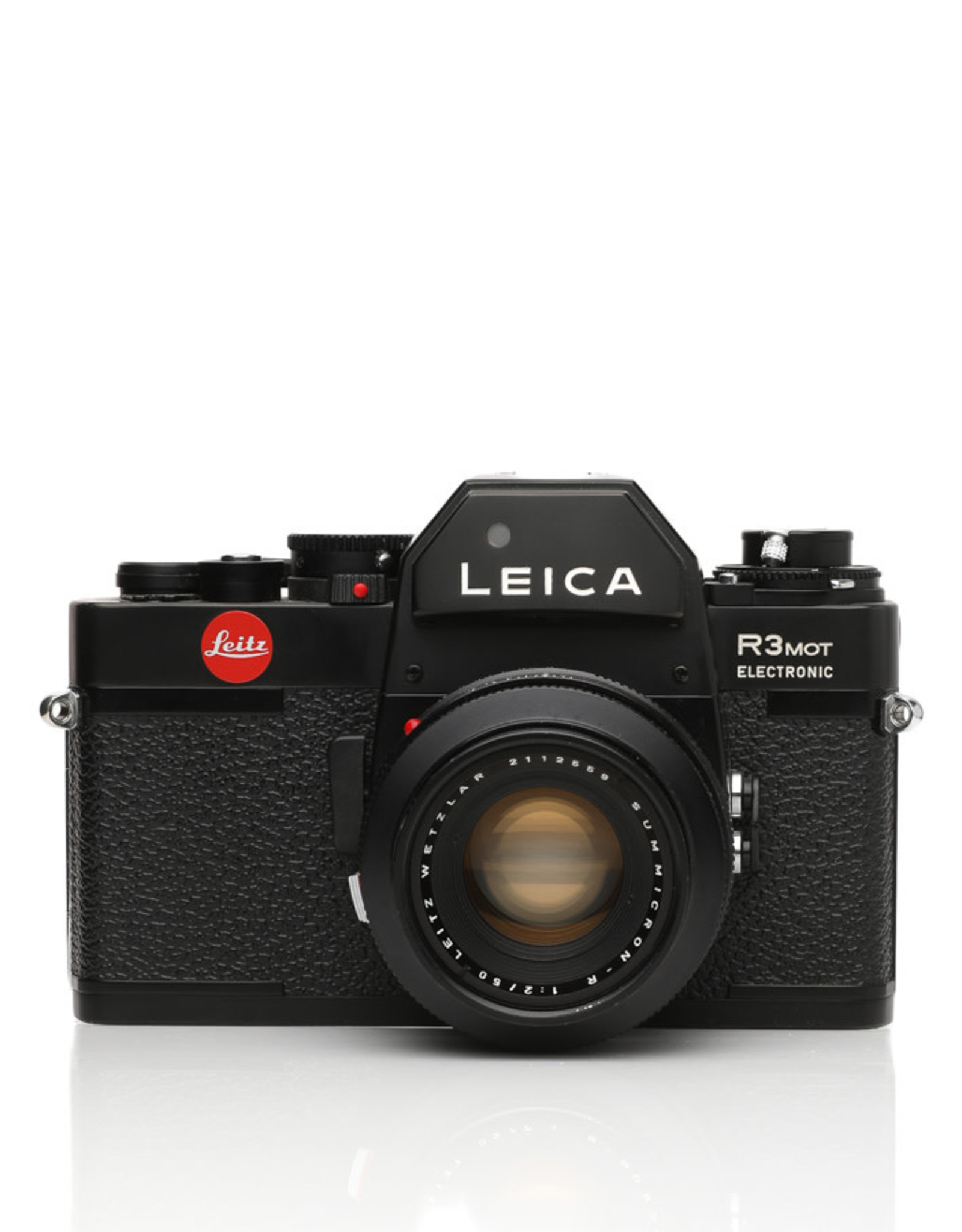 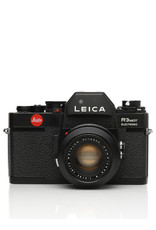 Leica first introduced their line of SLR cameras in 1964 with the Leicaflex, then the SL and SL2. The Leica R3 was introduced in 1976 and was the companies first venture into electronically controlled shutters... and boy did they nail it. The R3 soared in popularity as an extremely well built, true to it's name, Leica product but the addition of aperture priority and auto indexing made it far more popular than any previous Leica SLR. While in Aperture priority mode, the shutter speeds become step-less allowing for far more accurate exposures.. really great for the #tonez everyone loves so much.

In 1978, the R3 MOT was introduced and produced until 1980. The MOT signifies that it has the option to couple with an auto-winder which attaches to the base plate. With the auto-winder attached, the camera can achieve 2 frames per second, not so much as to blow your hair back, but quick enough to capture your cats reaction to the firing of the first frame.

The Leica Summicron 50mm f2 lens generally needs no introduction. The R mount lenses are as well built as the M lenses but a quarter of the price. The color rendering, sharpness, bokeh, and contrast are mind blowingly beautiful and reason enough for most of these lenses being bought up and converted for cinema use. Grab it while you still can!

Photos are of actual camera and lens

Tested and guaranteed to be awesome.