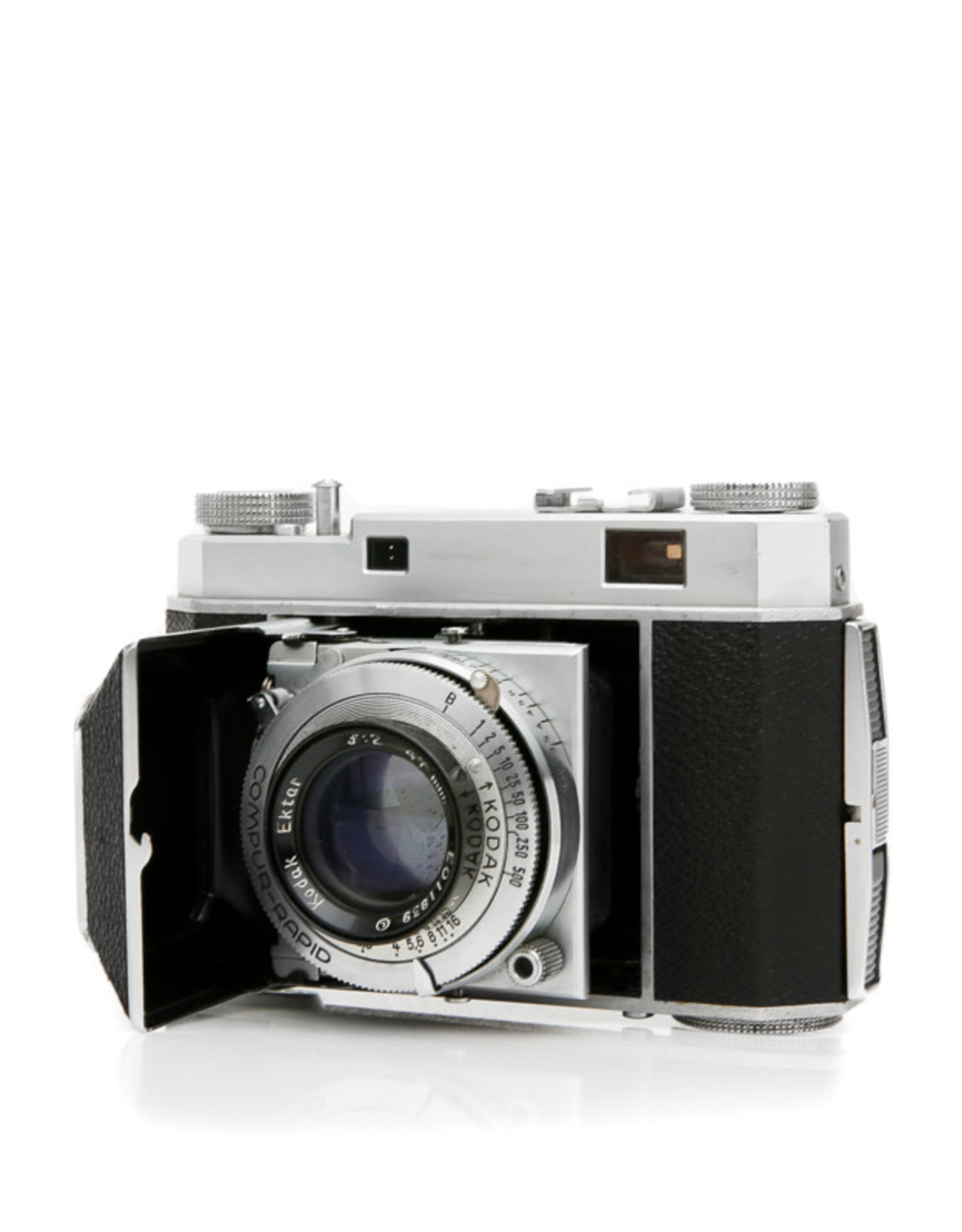 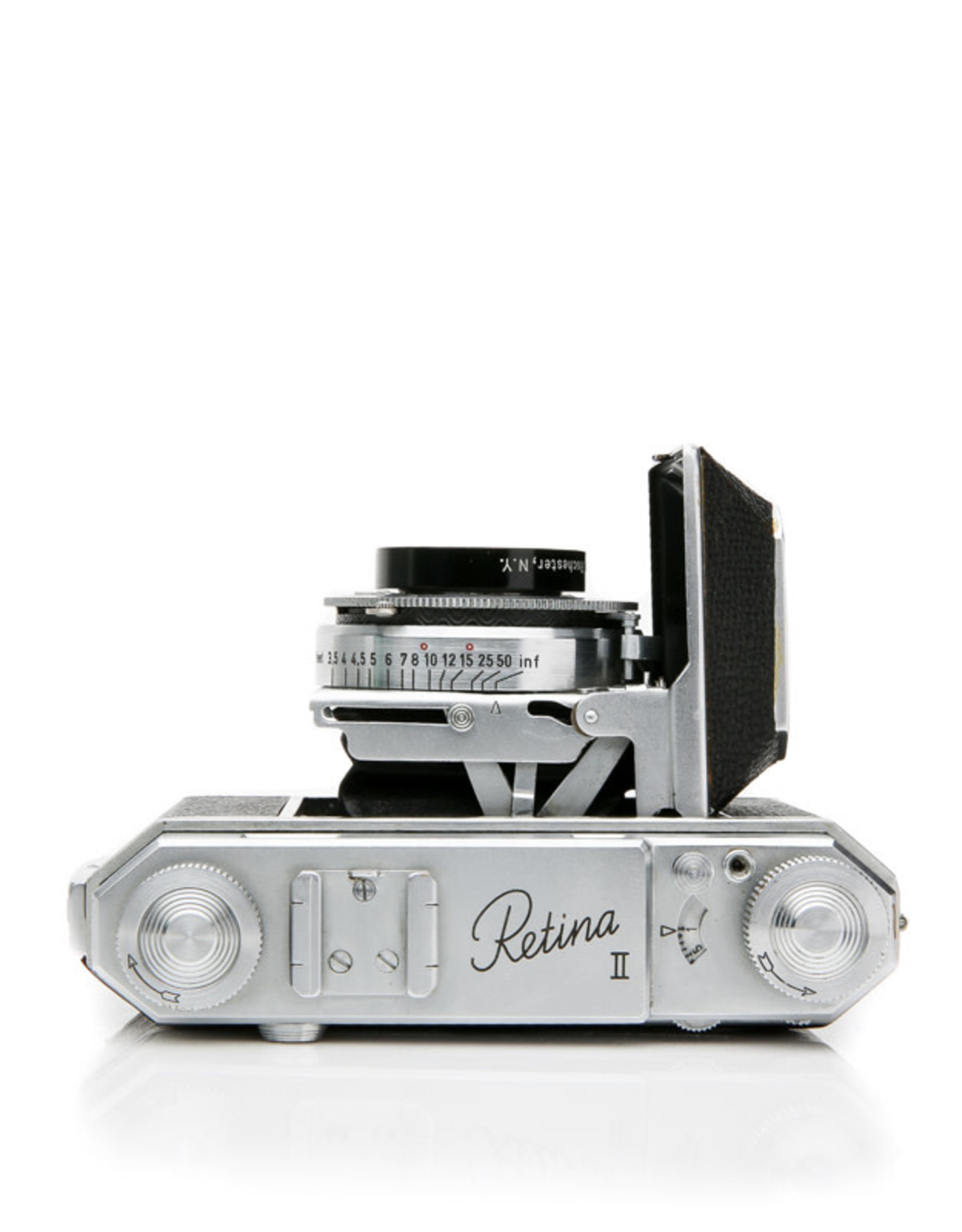 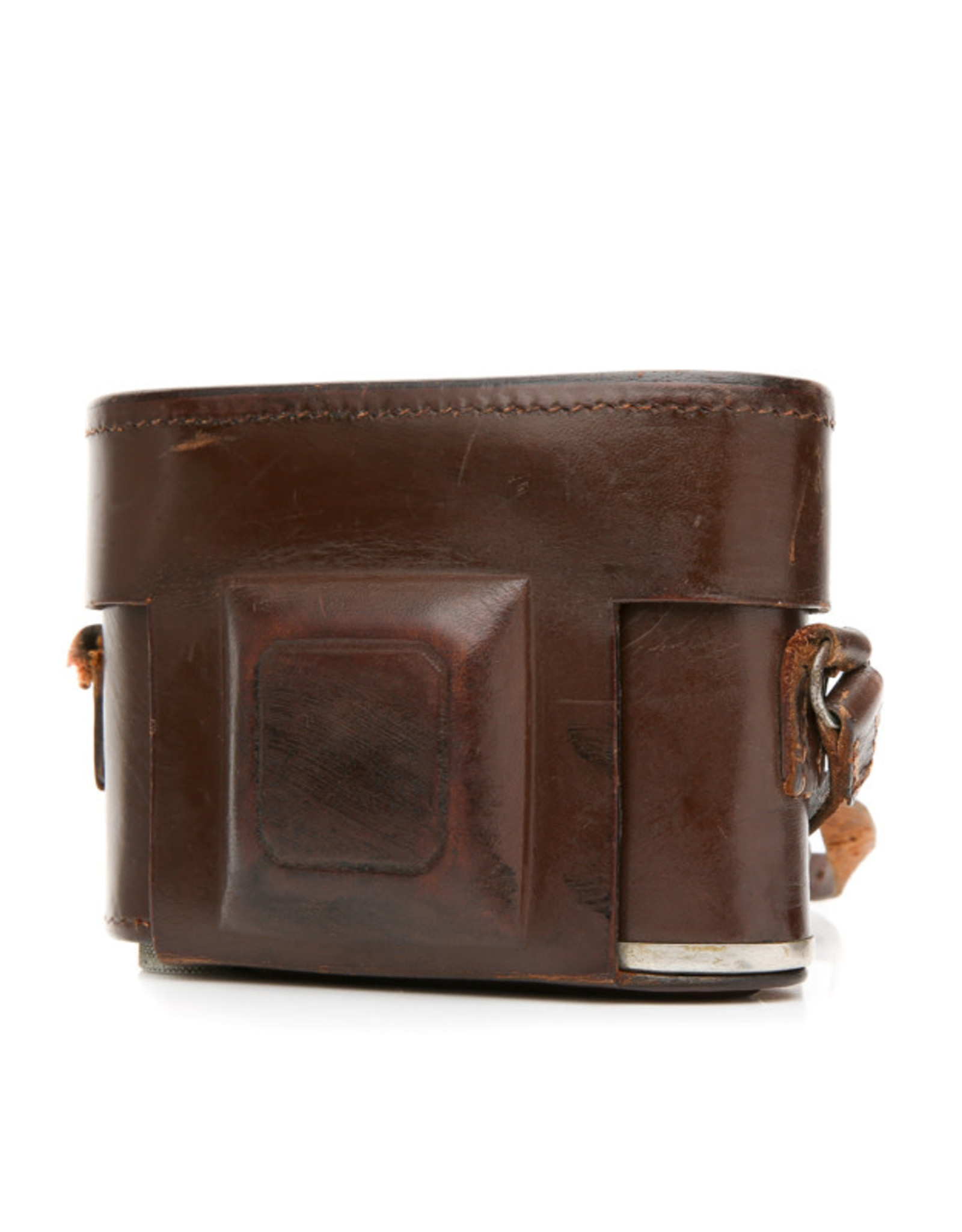 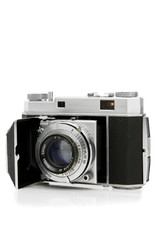 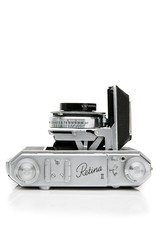 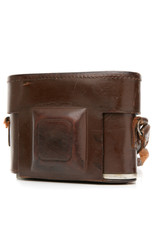 The Kodak Retina II Type 014 was a rangefinder, folding 35mm camera made by Kodak AG, the German subsidiary of Kodak.

The designation Retina IIa can refer to two different camera production runs, separated by a gap of 10 years. Retina collectors and Retina historical specialists refer to Retina models by the factory Type number given before the camera name.

The pre-WWII Type 150 Retina IIa was a redesign of the top plate, combined rangefinder/viewfinder and frame counter of the preceding Type 142 Retina II. It had a film advance knob on top and a depth-of-field scale wheel on the camera body's bottom. The 1950s models got a film advance lever instead.

The war-time German government ordered a stop to all camera production at Kodak A.G. in the summer of 1941.

Add your review
0 stars based on 0 reviews
rangefinder /